The region in San Bernardino County to the East of Los Angeles County, known as Victor Valley, experienced significant growth in the past decade. As a result of this rapid expansion, The Los Angeles County Metropolitan Transportation Authority (“Metro”) and Caltrans, along with the towns of Palmdale, Lancaster and Victorville, and others, have joined together to execute a study on transportation improvement in this area. The High Desert Corridor (“HDC”) project is currently in the Draft Environmental Impact Report stage, The HDC footprint reflects the proposed span of this project, which would bridge the 14 and 18 freeways.
State transportation authorities believe that the current infrastructure, which moves commercial vehicles as well as provides transportation to local airports, does not support increased traffic volume. The goal of the HDC is to ease congestion along the route between Los Angeles and San Bernardino Counties, but the project has also evolved into a “multipurpose corridor”. This multi-level plan includes toll roads, bicycle lanes and green energy initiatives such as charging stations for electric vehicles.
Posted by Unknown at 2:52 PM No comments:


The City of Sacramento is considering the use of eminent domain to acquire a property necessary to build an arena for the NBA team the Sacramento Kings. Last week, the Sacramento City Council voted to take part in negotiations for the purchase of a property which sits on a portion of the site of the future Kings arena in downtown Sacramento. Currently, a Macy’s menswear store occupies the piece of land subject to possible acquisition. 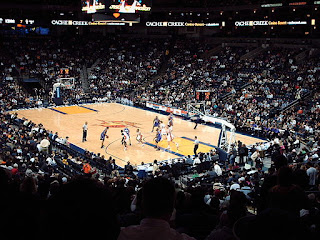 According to the City Council meeting agenda, the Kings’ owners, Sacramento Basketball Holdings, LLC, had been working towards a deal to buy the property, which fell through, and the owners asked the City to step in. The City’s decision to get involved is incumbent on the owners signing an agreement which would protect the city’s interests. The full August 13, 2013 City Council meeting agenda can be viewed here.


Eminent domain is usually a process reserved for public agencies to acquire land for public improvement projects. According to the CBS affiliate in Sacramento, the arena will be funded by the Kings owners, but its owner will be the City of Sacramento. This could allow the arena to be placed in the category of a “public project”.   However, the Sacramento Bee reports that property condemnation for sports arenas is not unusual.