Eminent domain can and does occur all over the state of California and a government authority may initiate it under a variety of circumstances. We see many instances of eminent domain brought on by transportation projects and road improvements. Even these can vary widely by the type and scope of the project, as well as what the overarching authority is seeking from the property owner. A quick look at some of the projects currently in some stage of the condemnation process gives us a snapshot of what that looks like for Californians affected by eminent domain.

In Santa Clarita, a city about 30 miles north of Los Angeles, an area known as Vazquez Rocks requires construction work to fix a mangled road. The road, which was shut down in November after it became unsafe for vehicles, connected to major streets Bouquet Canyon Road and Sierra Highway, and was used by residents as an alternate route. A portion of the affected area is owned by the County of Los Angeles, while some of the land is privately owned. Apparently, shutdown didn’t entirely prevent some people from exploring the area, causing the County of Los Angeles to initiate the removal of pavement from road. Earlier this month Public Works began road cleanup, in order to have as much as possible completed while eminent domain proceedings take place. 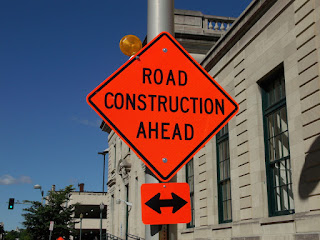 In the Lake Tahoe region, a unique approach is being taken by the local authorities with regard to the Highway 50 Revitalization Plan. The Highway 50 realignment is part of a larger Community Revitalization project which has set economic, environmental and transportation goals for the South Lake Tahoe downtown area. The Highway 50 project includes a realignment of a 4-lane highway and an improvement to the road currently running through an active area that’s home to local businesses and casinos. What’s interesting about this project is that the Tahoe Transportation Board set forth guidelines for the handling of the project that puts the interests of property owners and residents at the forefront, and includes a provision that no work of any kind will begin until everything else is in order, meaning completion of all relocation and receipt of all necessary funding. The Tahoe Transportation board believes this move will demonstrate their commitment to the community and that it will inspire local residents and business to hold the transportation authority in esteem. 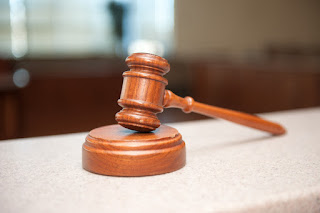 While public works oversees many of the projects that could lead to the acquisition of private property, other situations may arise that could result in a government authority considering or pursuing eminent domain. A somewhat controversial potential use of eminent is emerging in Santa Clara County, where the Housing Authority could move ahead with acquiring a mobile home park, in order to keep it functional. The owner of Buena Vista Mobile Home Park in Palo Alto had plans to shut down the facility. The County offered to purchase the property, but the property owner was not interested in selling. After that route led to a dead end of the county, the housing authority decided to pursue other channels, which may include invoking eminent domain. The subject of a typical eminent domain lawsuit is the legal provision known as Just Compensation, which is the right of a property owner to receive fair and adequate payment for the land that the government acquires, and which is carried out in a court of law. It is more rare to see an eminent domain lawsuit that asks the court to review the legal basis for the action of a government authority using the power of eminent domain on the land in question. There are very specific circumstances under which the government can use eminent domain for property acquisition, and the attorney for the property owner may argue that purchasing the mobile park is not an appropriate use for it.

Finally, trial has begun in another interesting eminent domain matter, this one between the City of Claremont and Golden State Water Company (“GSW”), regarding the city taking over it’s water system. The city invoked eminent domain to take control of the water system, claiming that it would lead to environmental and financial benefits for residents, which constitutes a greater public good. GSW argues that the City of Claremont is not equipped to handle the nuances and challenges of running it’s own water utility. Read the full article here.
Posted by Unknown at 2:32 PM